Sustainable community development involves the active participation of different stakeholders in developing and realising a shared vision.  In the symposium, cross-sector and multi-disciplinary professionals shared their age-friendly initiatives to champion active and healthy ageing in the community. Through establishing a social innovation platform, we hope to solicit collective wisdom, mobilise social capital and leverage community resources to bring forward a holistic vision for building an age-friendly community. 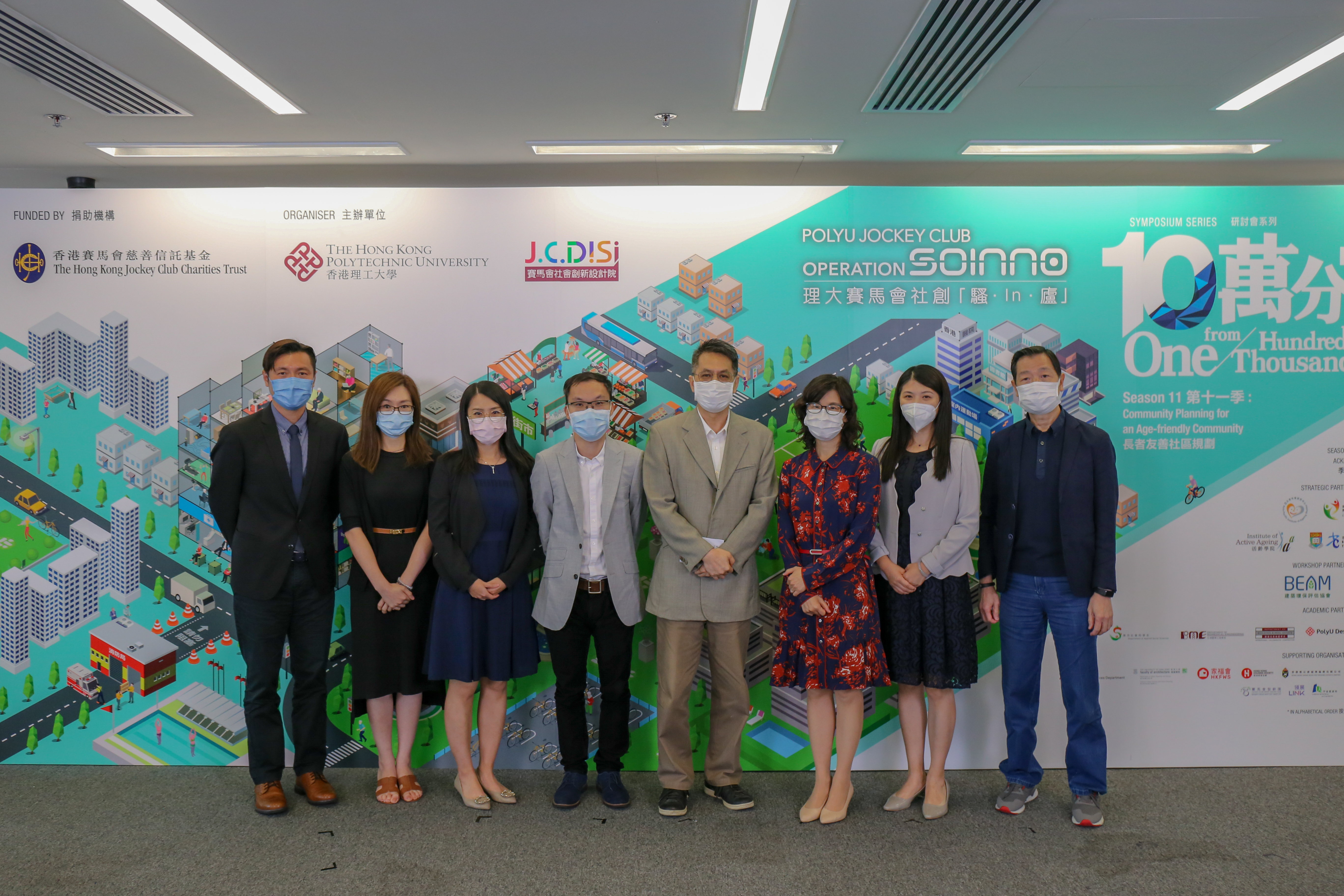 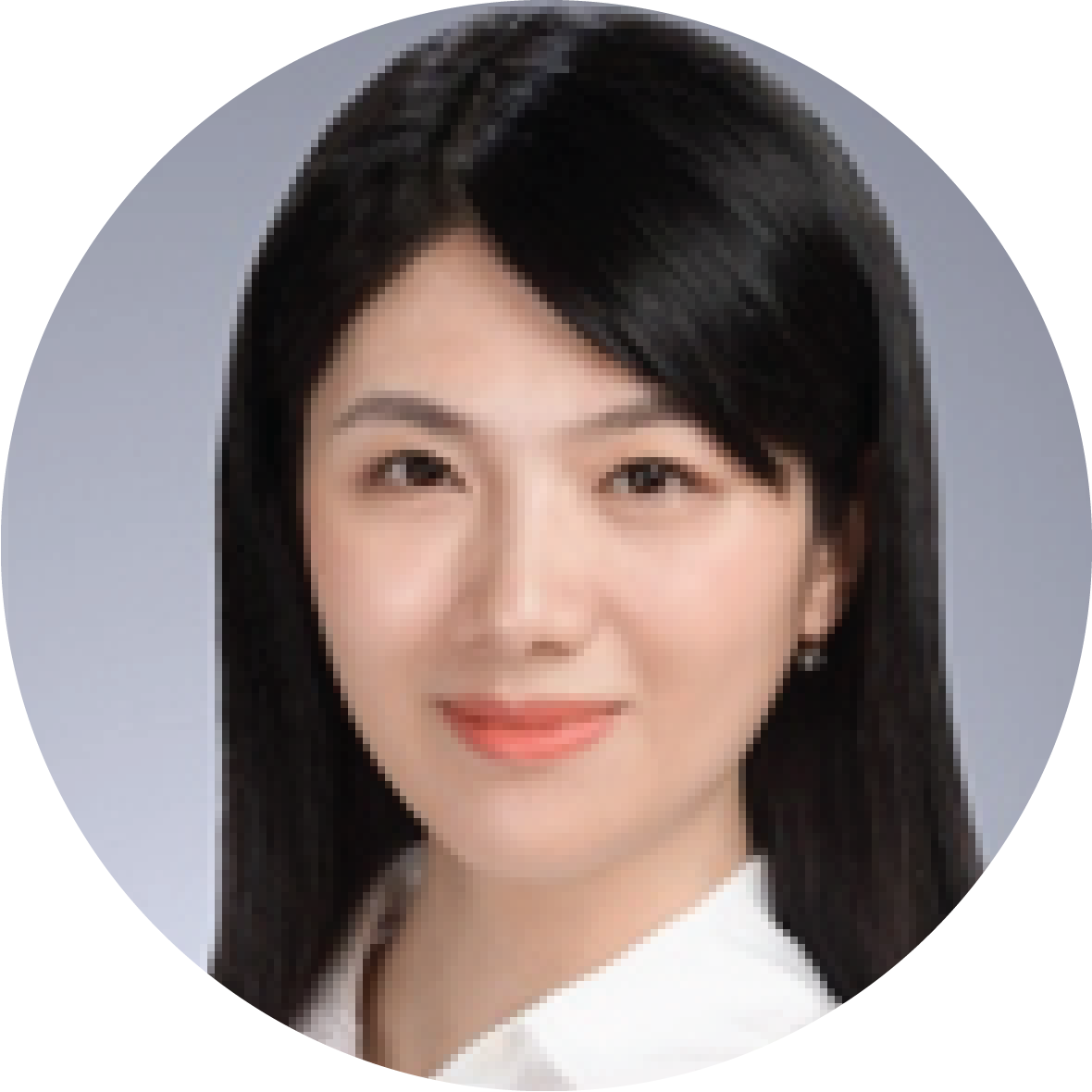 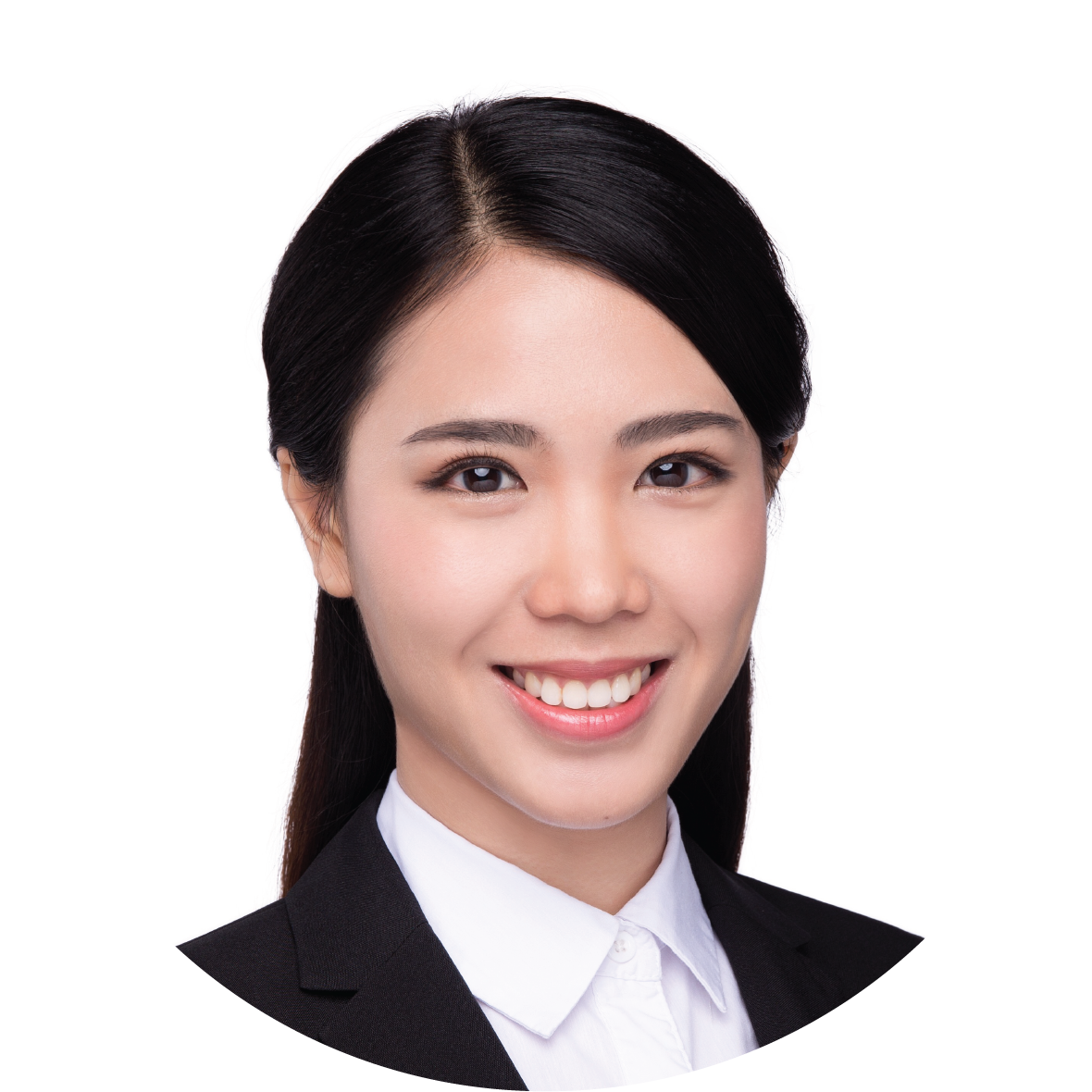 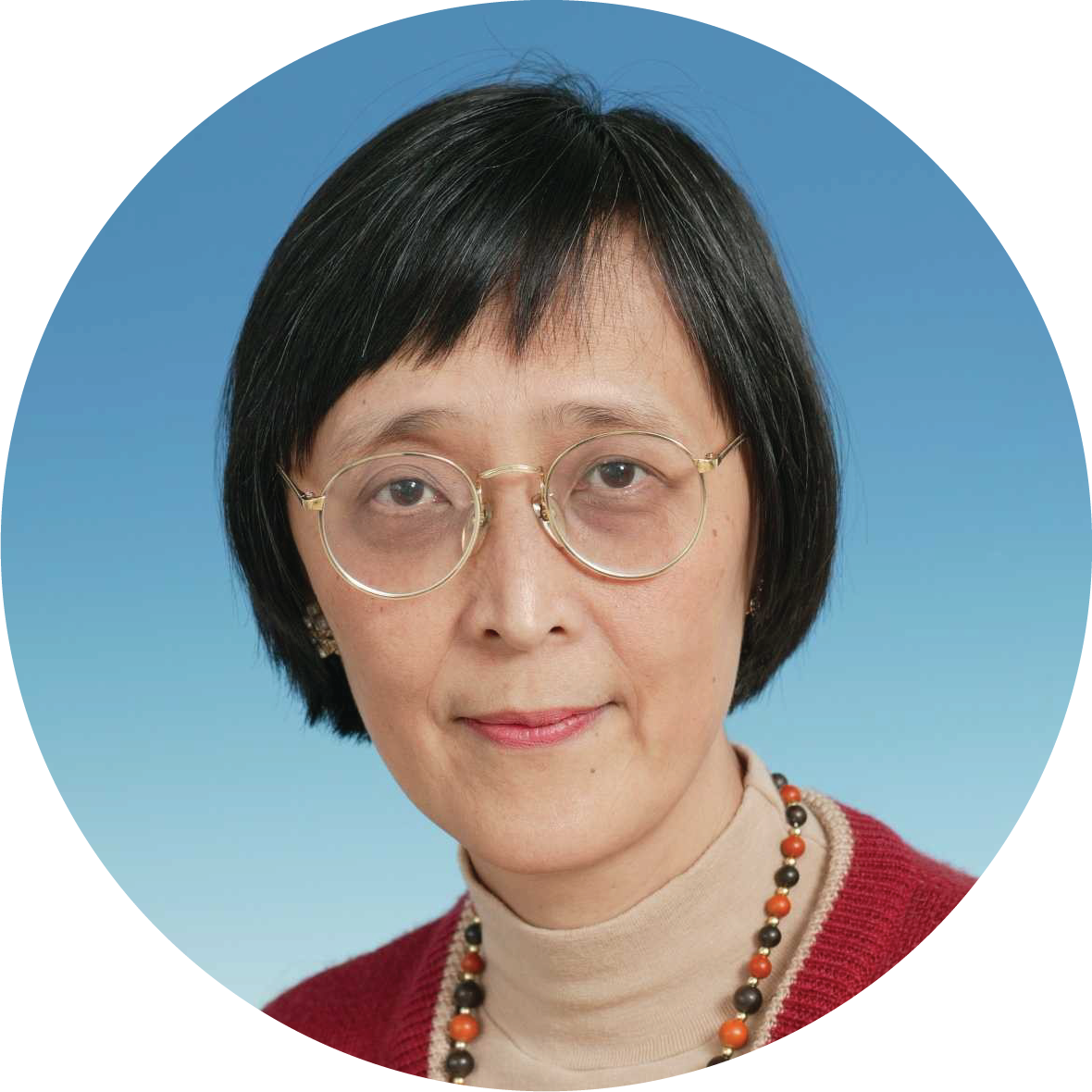 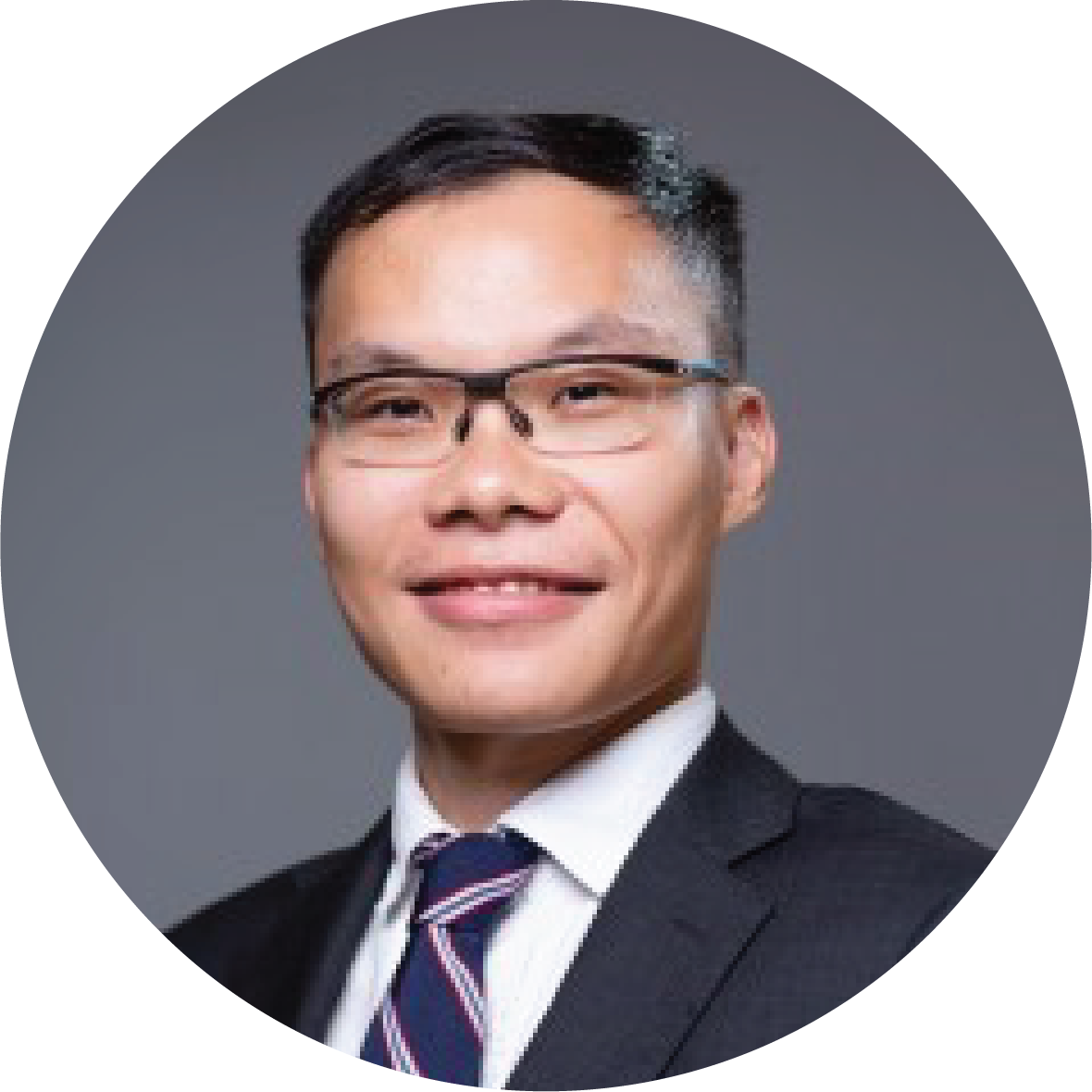 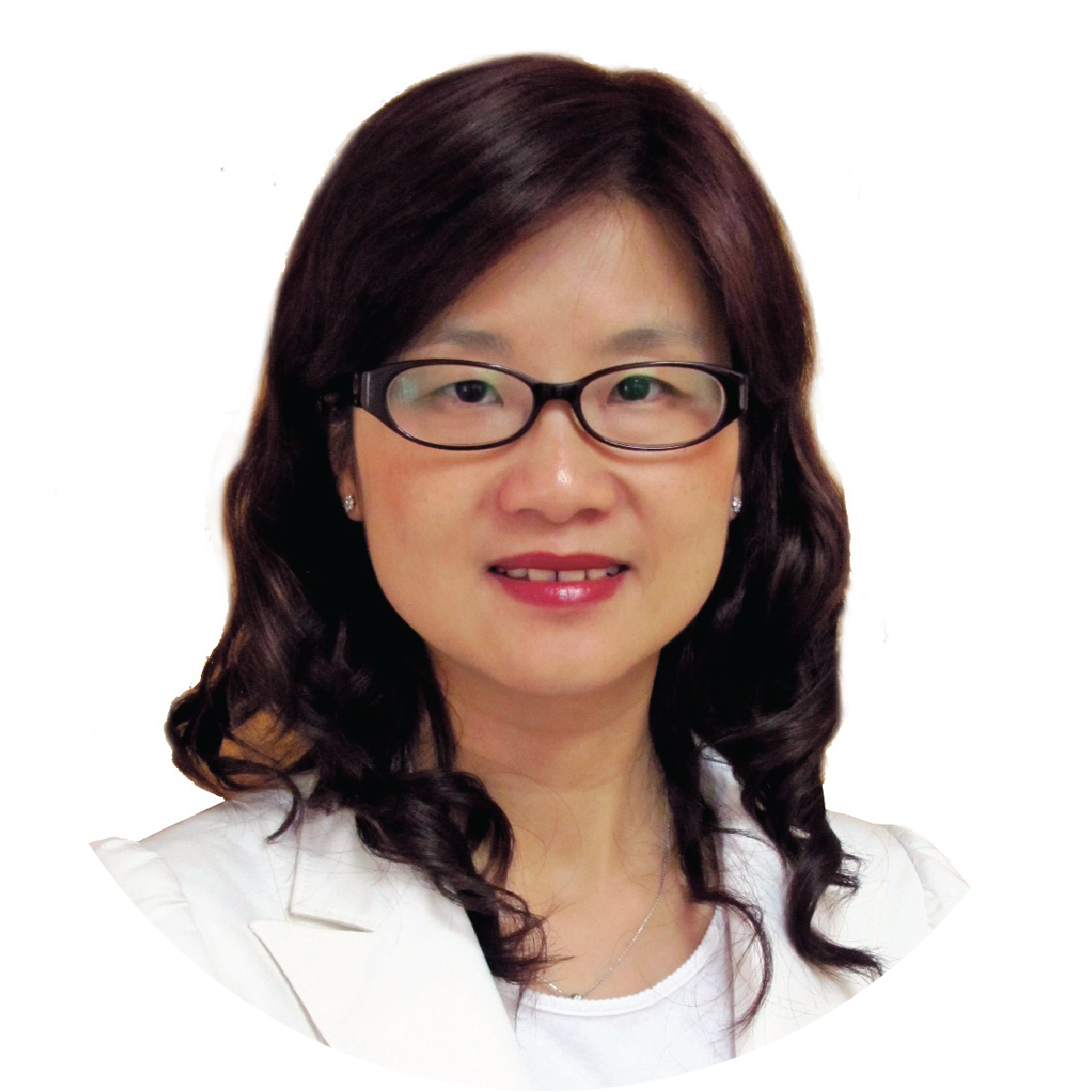 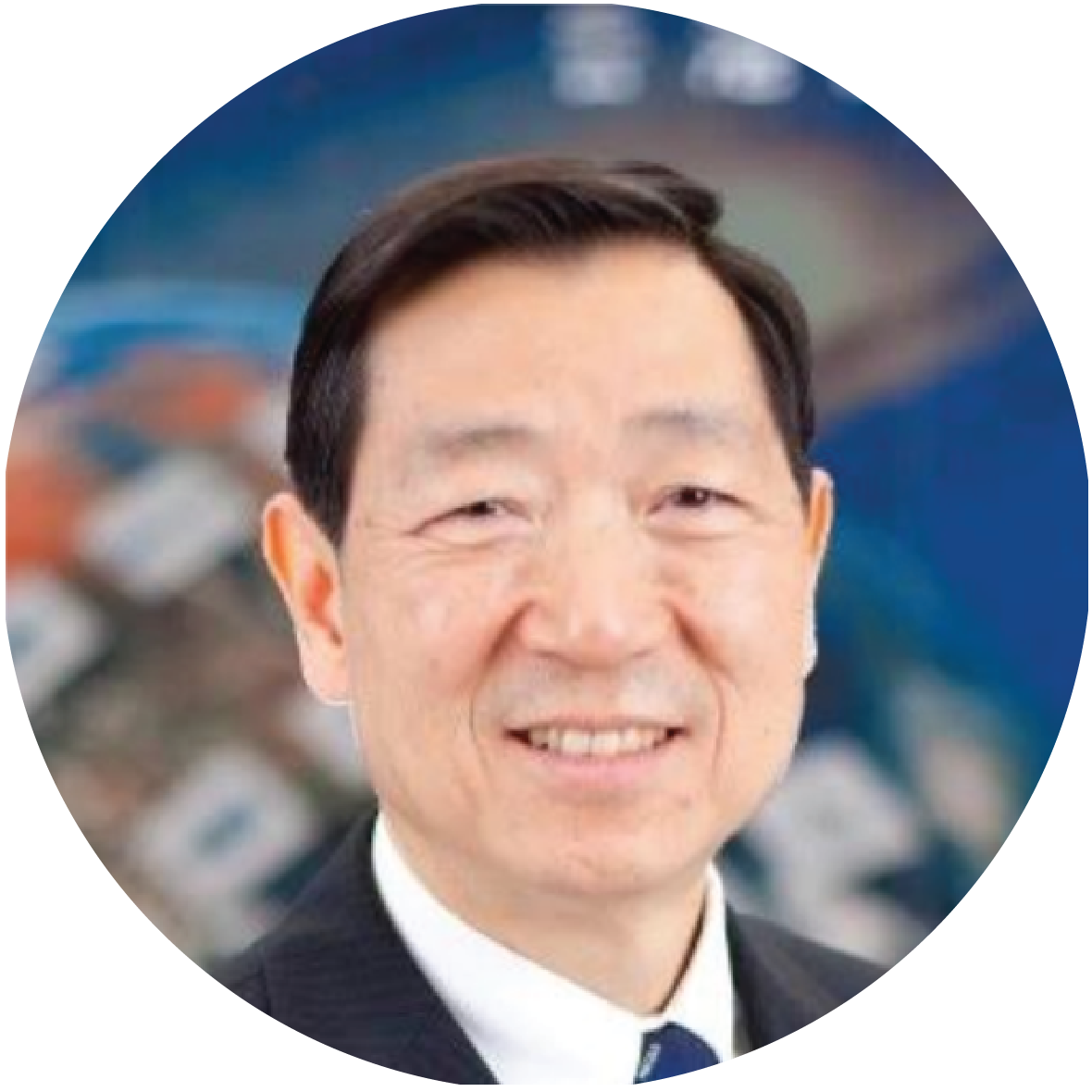 Topic: Nurturing Age-Friendly Professionals of the Future with An Infusion Active Education Model

Dr BAI Xue is Associate Professor at the Department of Applied Social Sciences and Director of Institute of Active Ageing at the Hong Kong Polytechnic University. She also serves as Programme Leader of the BA programme in Applied Ageing Studies and Service Management. Dr Bai is an expert in ageing research and her areas of expertise mainly include positive ageing and subjective well-being in later life, family gerontology, social policy and social care for older adults, and evidence-based practice for later-life health promotion. Dr Bai’s work has been widely published in renowned international journals. Currently, she is an appointed member of Social Welfare Advisory Committee advising the HKSAR Government on social welfare policy matters.

Dr LU Shiyu, Tracy is a Research Assistant Professor at Sau Po Centre on Ageing, The University of Hong Kong. Her research focuses on age-friendly cities and healthy ageing, with a particular interest in how neighbourhood environmental and social-behavioural factors (e.g., civic participation and volunteering) shape physical and mental health in later life. More recently, she is leading a research project investigating the effectiveness of a time bank programme on promoting volunteering behaviour among older adults.

Prof. Jean Woo graduated from the University of Cambridge in 1974. After medical posts in the Charing Cross, Hammersmith, and Brompton Hospitals in the UK, she worked in part time posts in general practice as well as research at the University of Hong Kong.

Prof. Woo joined the Department of Medicine at the Chinese University of Hong Kong in 1985 as Lecturer responsible for the development of the teaching and service in Geriatric Medicine, becoming Head of the Department in 1993 until 1999, Chief of Service of the Medicine and Geriatric Unit at Shatin Hospital from 1993 to 2012, and Chair Professor of Medicine in 1994. From 2000 to 2006 she was Head of the Department of Community and Family Medicine, from 2001 to 2005 Director of the newly established School of Public Health, and from August 2013 to July 2016 Chairman of the Department of medicine & Therapeutics. She established the Centre for Nutritional Studies in 1997 using a self financing model to carry out service, education and research; and the Centre for Gerontology and Geriatrics in 1998, offering self-financed courses in Gerontology and Geriatrics, as well as End of Life Care.

Currently she is the Co-Director of CUHK Institute of Health Equity, Director of the Jockey Club Institute of Aging at the Chinese University of Hong Kong, and Honorary Consultant of the Prince of Wales and Shatin Hospitals, Hospital Authority.

Prof. Woo’s research interests include chronic diseases and geriatric syndromes, health services research, nutrition epidemiology and intervention, quality of life issues at the end of life, with over 900 articles in peer-reviewed indexed journals.

Dr. Vincent WEN Zhuoyi is the Research Assistant Professor at Asia Pacific Institute of Ageing Studies, Lingnan University. His research focuses on policy sciences, social policy analysis and welfare governance. His publications have appeared in Journal of Social Policy, Social Policy and Administration, Ageing and Society, and China Information. His research has been supported by grants from the Public Policy Research Fund (Hong Kong) and he has consulted for International Labour Organisation and welfare NGOs in Hong Kong and mainland China. He received the 2019 Award for Best Paper of the Association of Chinese Political Studies.

Dr Carmen Ng is currently the General Manager (Elderly Services) of the Hong Kong Housing Society (HKHS), overseeing the elderly housing and related services to assist the elderly to age in place. Before joining HKHS, Dr Ng had been the Head of Consumer Education of the Consumer Council, Secretary-General of the Community Investment and Inclusion Fund of the Labour and Welfare Bureau, Executive Director of the HK Alzheimer’s Disease Association, and Chief Operating Officer of the Senior Citizen Home Safety Association, where she assisted in developing new service models to respond to the changing needs of the elderly and the society at large.

Ir CS Ho is a practicing engineer as well as a lawyer. He is currently the General Manager of BEAM Society Ltd (BSL), the Chairman of Hong Kong Quality Assurance Agency, a Barrister-at-law at the High Court of Hong Kong, and an Honorary Principle Lecturer of the University of Hong Kong, teaching engineering and legal subjects at both the graduate and post-graduate levels. Ir Ho has joined BSL for more than 7 years, overseeing the operation of BSL, including development of BEAM Plus tool, such as the revamping of BEAM Plus Existing Buildings (EB). Before joining the legal profession, Ir Ho had been working with Hong Kong Housing Authority as the Chief Building Services Engineer, heading the Building Services Section responsible for the design and construction of BS installations of all the new public housing development projects. Ir Ho is a Chartered Engineer, a fellow of the Chartered Institution of Building Services Engineers and a Corporate Member of Hong Kong Institution of Engineers (HKIE).

Mr Raymond Lai is the Business Director of the Hong Kong Council of Social Service (HKCSS) and responsible for service development.  HKCSS is a federation of non-government social service agencies in Hong Kong aimed at promoting the long-term sustainable development of society and the well-being of our citizens through advocating social services and policy development as well as promoting cross-sectoral collaboration.  Raymond has participated in a number of advisory committees of the Government of the Hong Kong Special Administrative Region and is currently a member of the Rehabilitation Advisory Committee and Advisory Committee of the Partnership Fund for the Disadvantaged.  He also serves as a member of Advisory Committee of the Department of Social Work of the Chinese University of Hong Kong, Advisory Committee on Rehabilitation Sciences of the Hong Kong Polytechnic University and Industry Consultative Network on Healthcare Services of Employees Retraining Board.  Besides, he is the current Vice-president of Hong Kong Social Workers Association.

Through an innovative and participatory planning process, our co-creation teams have designed various age-friendly solutions for Ho Man Tin Estate and Lok Man Sun Chuen in the pre-symposium workshop. Representatives also shared their co-creation outcomes in the symposium.

Panel Discussion: Riding on the Jockey Club Age-friendly City project, how could we leverage trans-sector, multi-disciplinary know-hows to accelerate age-friendly community planning to increase community resilience and help our elderly to age in place? The two-day “Community Planning for an Age-friendly Community” Co-creation Workshop was successfully held on 17th and 24th April 2021. The workshop brought together community members from diverse backgrounds to explore innovative and pragmatic age-friendly solutions for Ho Man Tin Estate and Lok Man Sun Chuen, using the living environment and experiences of the elderly as the starting point.

With the support of two elderly centres on site, the participants visited the elderly’s daily routine in the neighbourhood, putting themselves into the elderly’s shoes to understand the pain points encountered in their daily lives. In the process of empathy building, the co-creation teams also identified and defined the “How-might-we” questions that they considered most critical and needed to be solved, laying the foundation for the ideation stage.

Building on the outcomes of day 1 workshop, a series of design thinking activities inspired the teams to brainstorm and design corresponding hardware and software solutions to tackle the issues identified. During the co-creation process, they not only developed creative ideas with interdisciplinary knowledge and creativity, but also took into account the elements needed to bring the prototype solutions into implementation. JCDISI also encouraged the teams to leverage the power of the prototype, data and research to gain acceptance in the community and increase the project’s sustainability, especially in addressing the project’s long-term financial, resources and governance implications. Through directly listening and responding to the elderly’s feedback, the co-creation teams also learnt from the users’ point of view to further refine their solutions.

Through the experience of co-creation workshop, we hope to demonstrate and advocate an innovative participatory community planning model to empower the community to develop bottom-up initiatives that can better meet citizens’ needs and are sustainable. Stakeholders could also consider possible ways to get involved and contribute from their respective background or profession, and foster sustainable partnership and development to contribute to a truly age-friendly community.

We can start from observing the needs of the elderly around us and ponder what could be done or improved in our urban environment to improve age-friendliness of our communities! 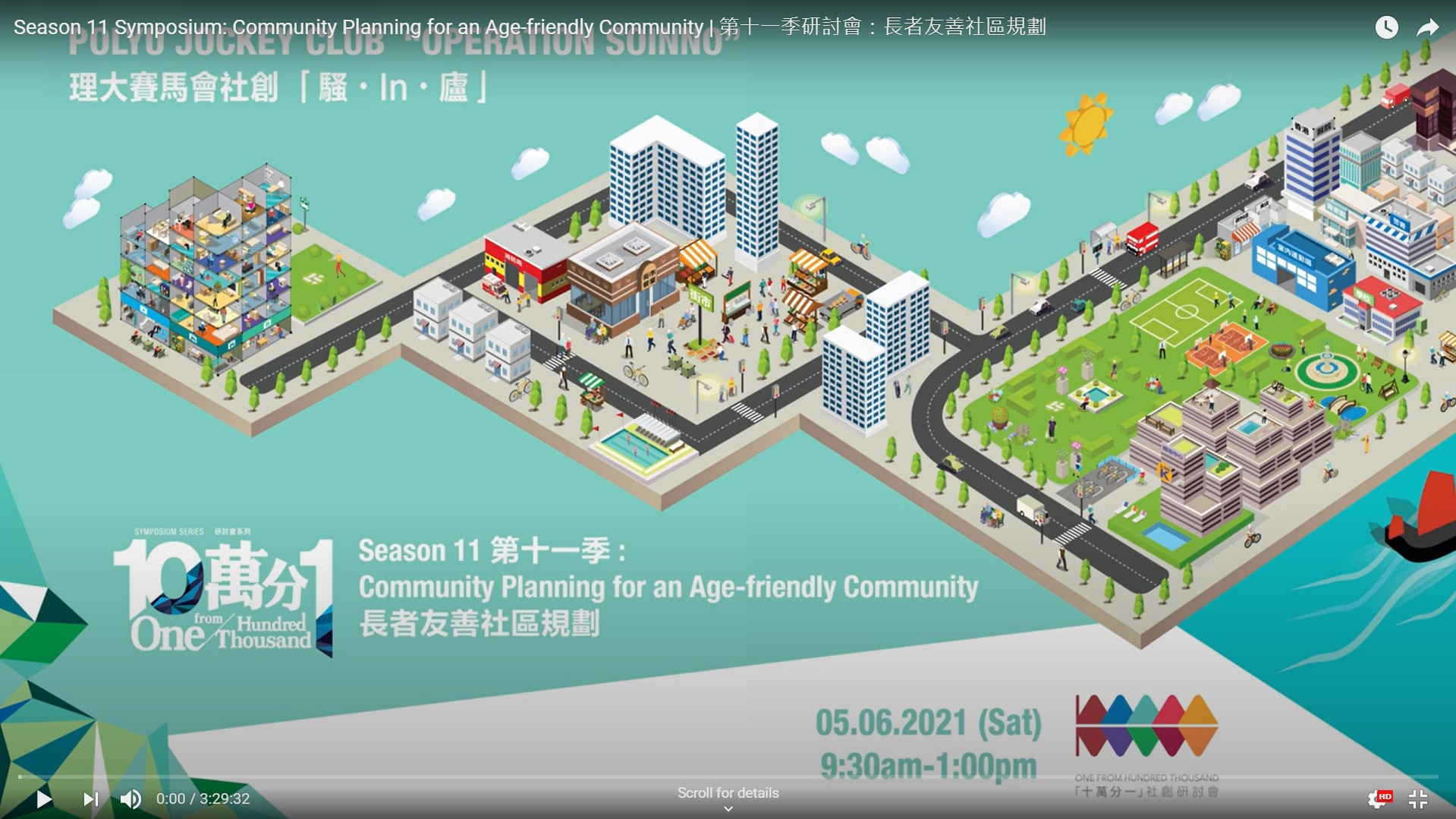 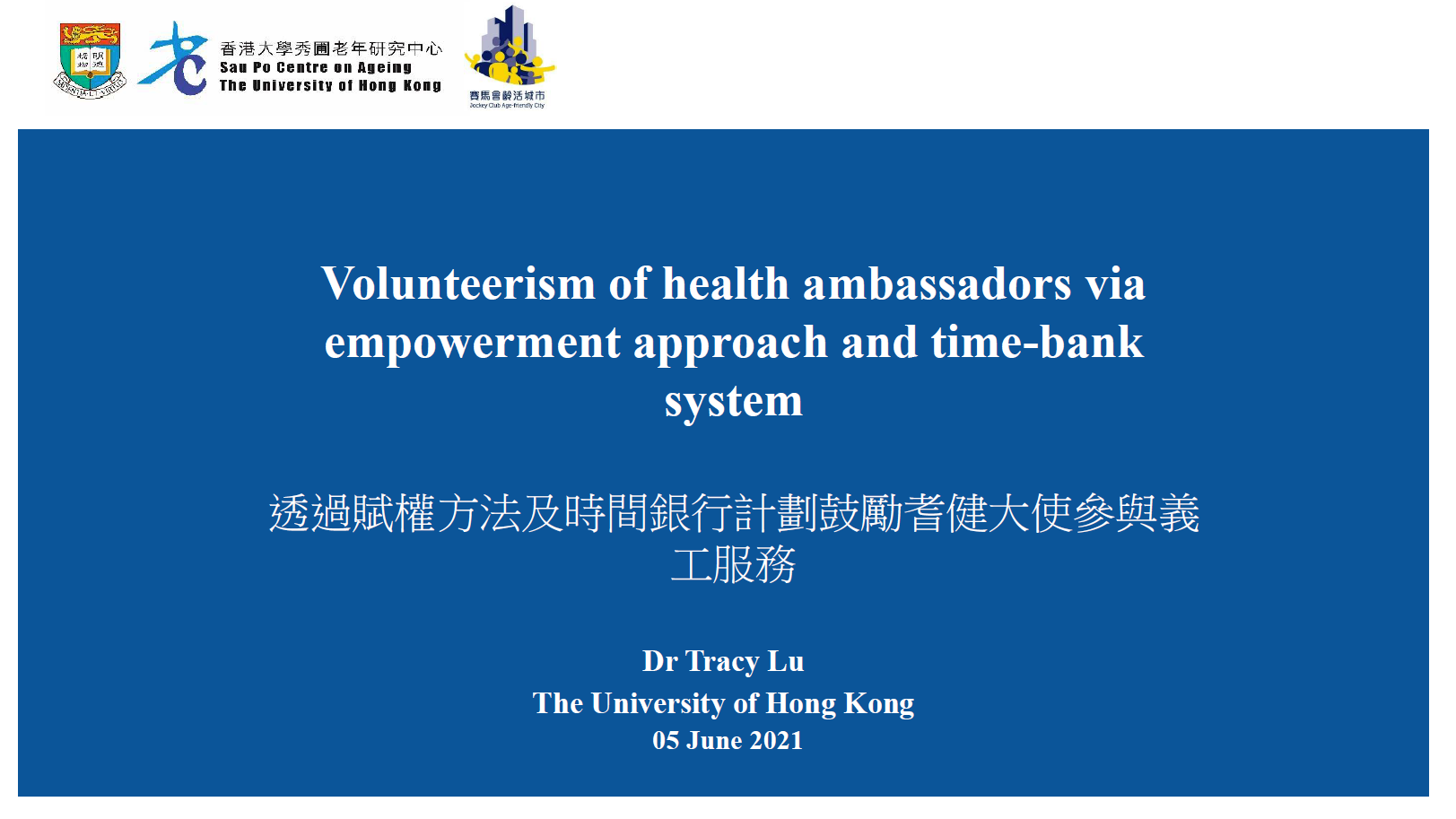 Volunteerism of Health Ambassadors via Empowerment Approach and Time-bank System 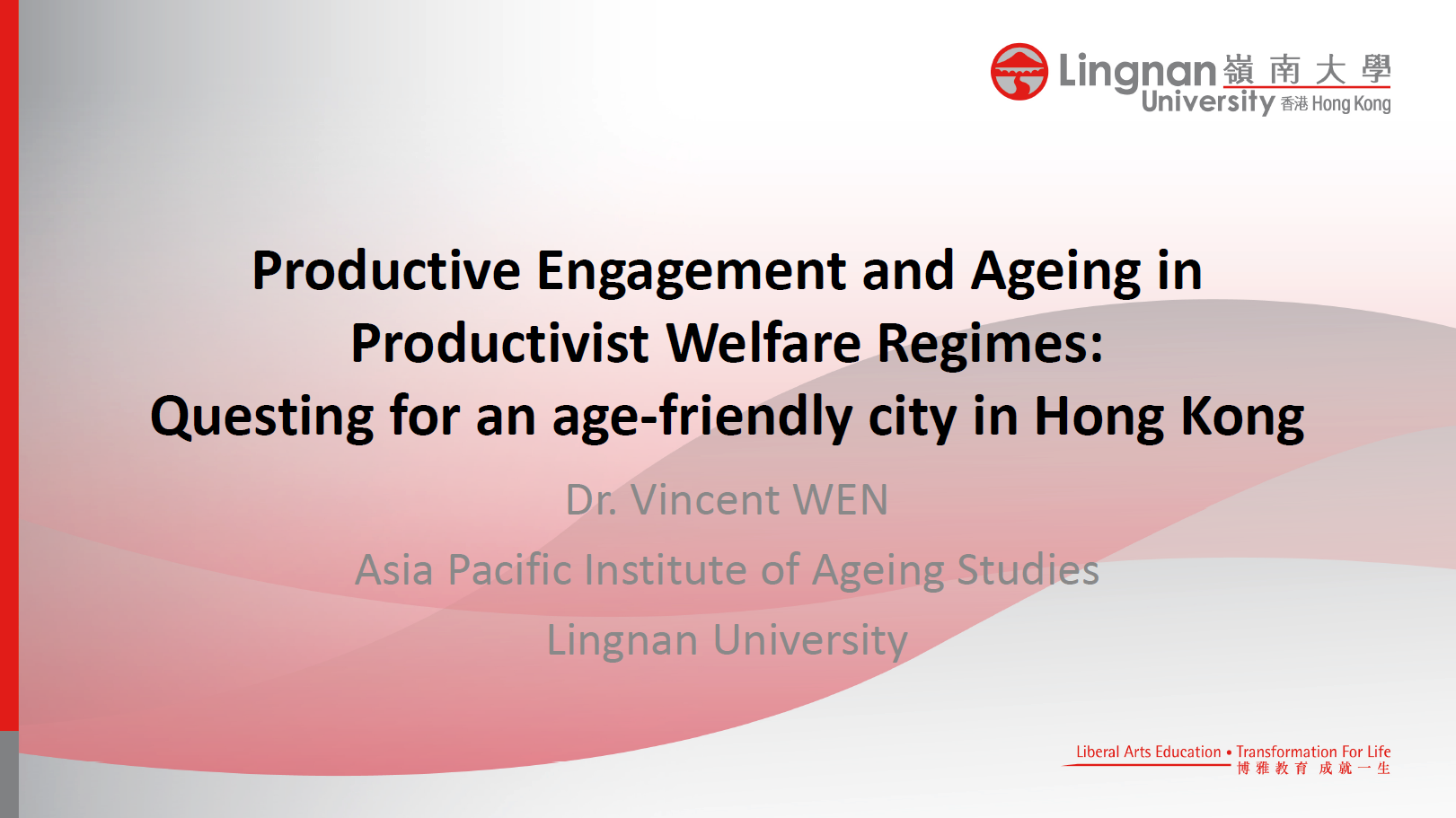 Productive Engagement and Ageing in Productivist Welfare Regimes: Questing for an Age-friendly City in Hong Kong 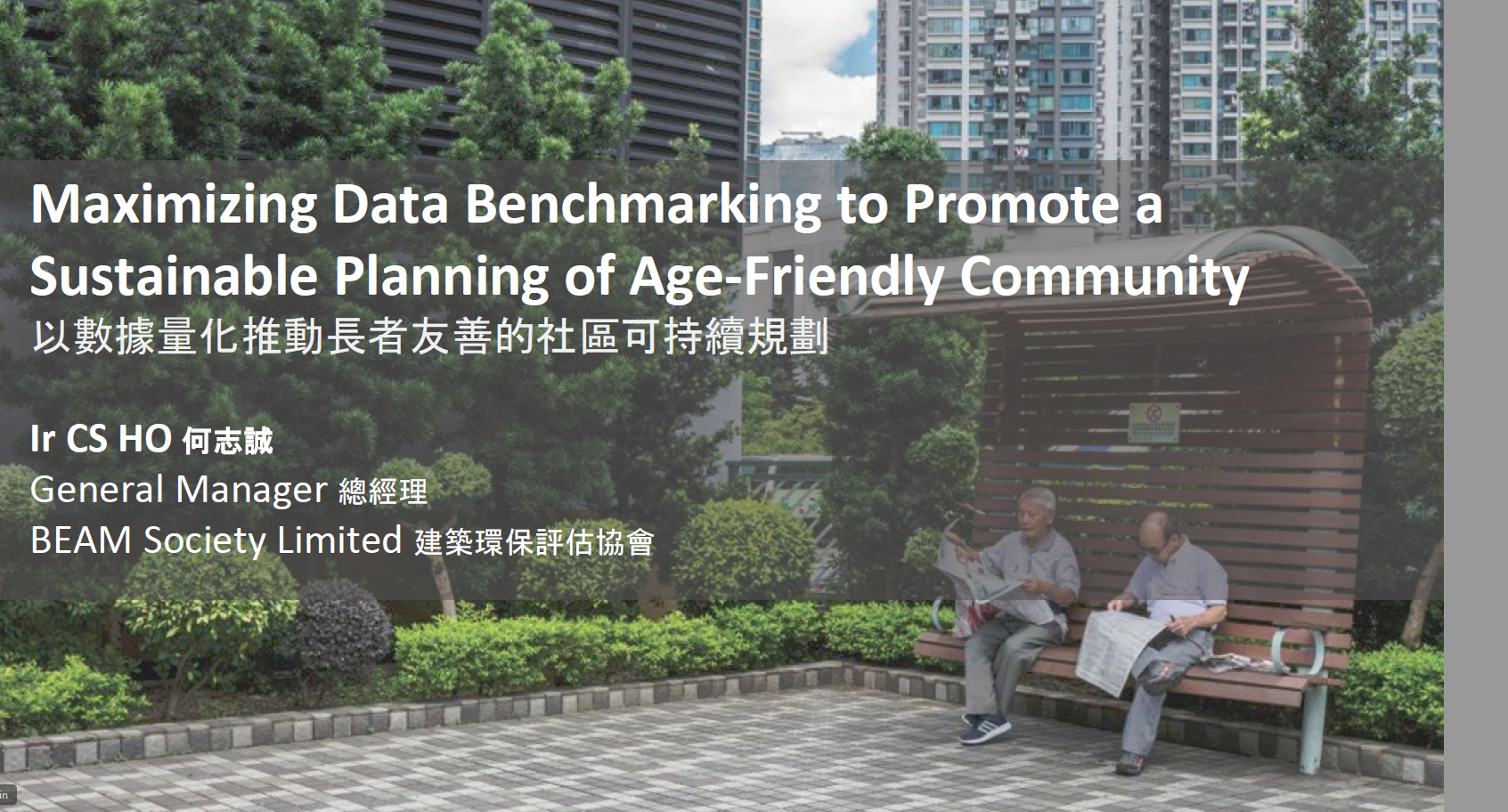 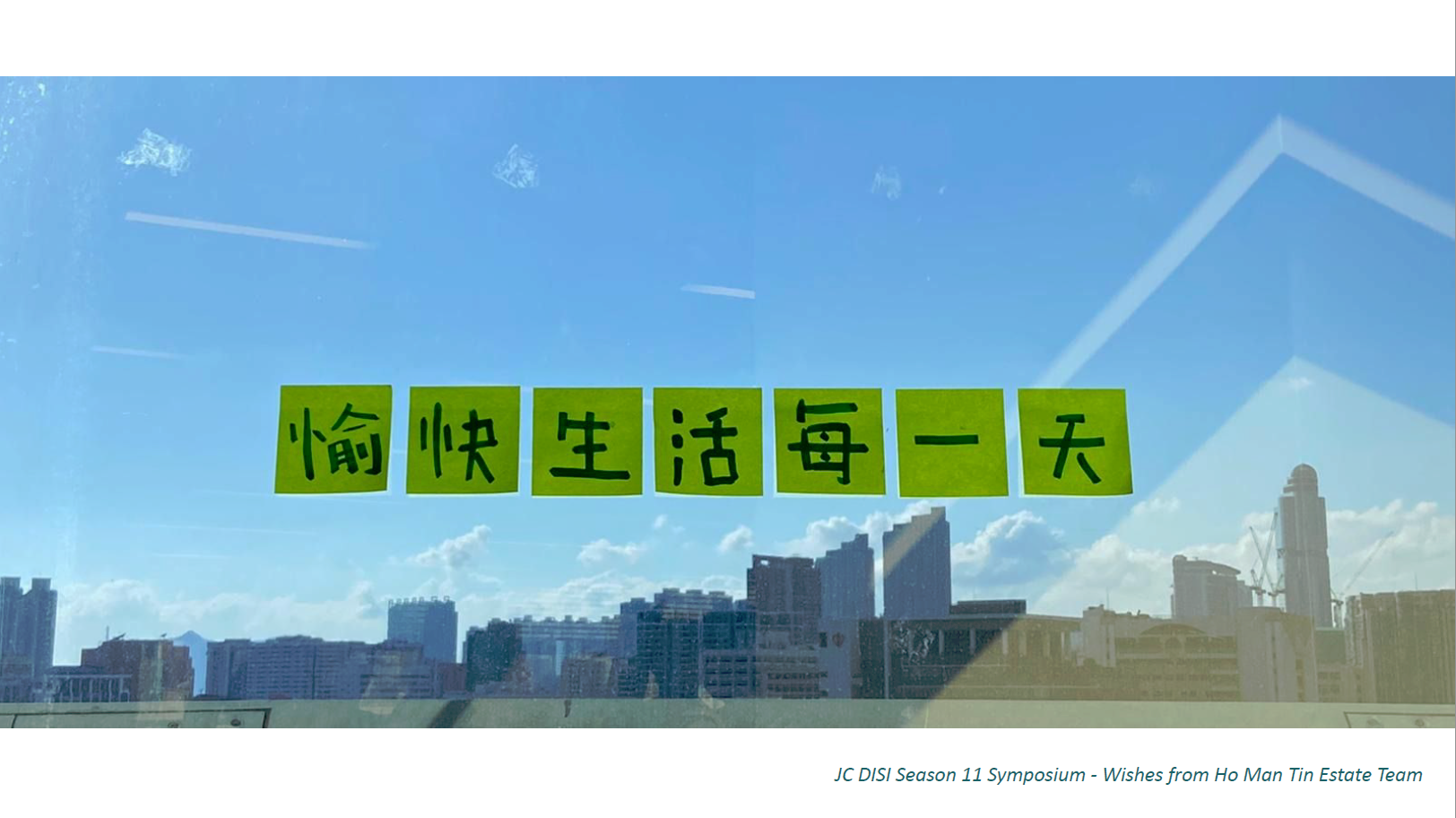