How could we mobilise available social resources from across various sectors to effectively and sustainably improve the living environment and help the SDU children and their families by large?

HKJC approached JCDISI in September 2019 to explore potential solutions through participatory co-design to improve the health and wellbeing of subdivided units (SDU) tenants. Through the “Season 9: Children’s Well-being in Subdivided Units” co-creation workshops and symposium, JCDISI seek to leverage the resources available in the society and effectuate the planning and application of home modification strategies in the home of SDU with cross-disciplinary experts.

It is hope that tenants will be equipped with the know-how to take quick fix for the betterment of their living condition. The knowledge transfer would also help co-creation team, social workers and professionals identify “quick wins” to improve the use of space and well-being of tenants.

Through the symposium of season 9 "Children’s Well-being in Sub-divided Units", JCDISI hopes to contribute its knowledge and ability to support trans-sectoral collaboration in improving the quality of life of the residents living in SDU. It is hoped that by providing a platform for social innovation and knowledge transfer, the cross-sectoral partnerships, social resources and organisational capacity could be leveraged to explore potential strategies and directions in improving the well-being of children in SDUs. 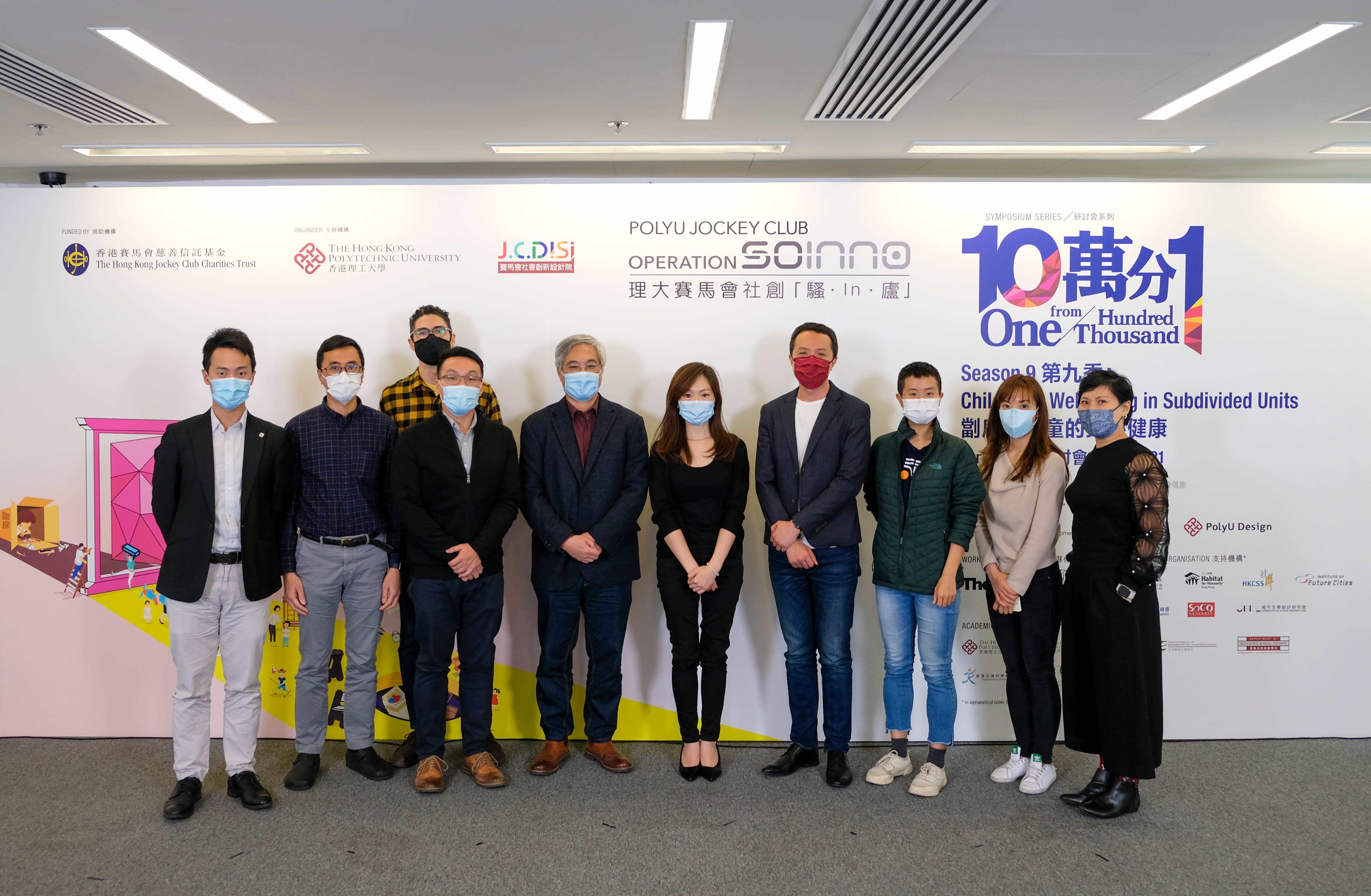 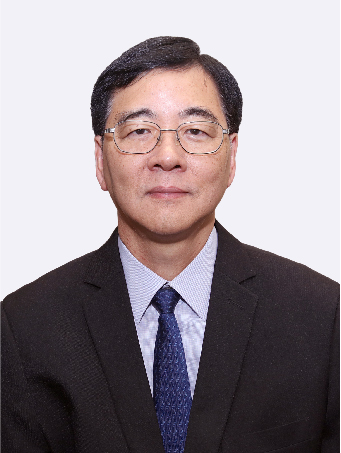 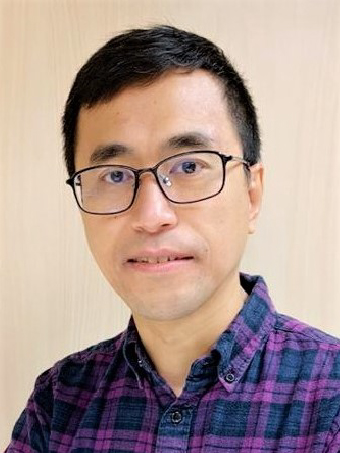 He has taught social work students at the undergraduate and postgraduate levels for more than 30 years. He was Dean of Students (1996-1998) and Dean of General Education (2006-2008) of New Asia College, The Chinese University of Hong Kong. He was elected Best Lecturer teaching the major courses in the Department of Social Work in 1995-1996. He was awarded the Exemplary Teaching Award from Faculty of Social Science of The Chinese University of Hong Kong in 2002-2003. He was awarded two Bronze Awards under “Ethical Leadership” and “Social Enterprise” in Reimagine Education Awards 2016. He was also awarded a Silver Award under “Ethical Leadership” and a Gold Award under “Sustainability” in Reimagine Education Awards 2017. He and his team members were awarded the UGC Teaching Award in 2018.

Professor Shek is a psychologist with research interests in positive youth development, family process, scale development, quality of life, programme evaluation, addiction and spirituality. Professor Shek has been awarded many research grants by the Research Grants Council. His research project on the adjustment of Chinese people to midlife has been rated "excellent" by the Research Grants Council. He was awarded the CUHK Research Excellence Award 2007 by The Chinese University of Hong Kong. In the past decade, he has been leading a research project entitled “P.A.T.H.S. to Adulthood: A Jockey Club Youth Enhancement Scheme” (Project P.A.T.H.S.) which is financially supported by the Hong Kong Jockey Club Charities Trust with an earmarked grant of HK$750 million. The project has been transplanted to schools in Mainland China with the financial support of Tin Ka Ping Foundation. With his contribution to the field of quality of life, he was awarded the Distinguished QOL Researcher Award by the International Society for Quality-of-Life Studies (ISQOLS) in 2017. To honour his work on promotion of adolescent well-being, ISQOLS also established the “Daniel Shek-Wofoo Foundation Track for the Advancement of Adolescent Quality-of-Life Research”.

Professor Shek has served on many high-level government advisory committees in the Hong Kong Government, including the Action Committee against Narcotics, Standing Committee on Young Offenders, Family Council, Commission on Youth, Women’s Commission, Fight Crime Committee, Beat Drugs Fund, Independent Commission against Corruption, Mental Health Review Tribunal, Nursing Council, Midwives Board, Child Fatality Review Panel, and Health and Medical Research Fund. Professor Shek served as the past Chairman of the Action Committee Against Narcotics (2009-2014). He is currently Chairman of the Family Council, Vice-Chairman of the Public Policy Research Funding Scheme, and a member of the Electoral Affairs Commission, Government of the Hong Kong Special Administrative Region. He is also Chairman of Society of Boys’ Centres. He was awarded the Bronze Bauhinia Star and Silver Bauhinia Star by the Government of the Hong Kong Special Administrative Region in 2000 and 2013, respectively.

Dr. M. S. Wong is an Associate Professor (Prosthetics and Orthotics, P&O) in the Department of Biomedical Engineering, The Hong Kong Polytechnic University (PolyU). Dr. Wong served as an Associate Head (Academic) and chaired the Departmental Learning and Teaching Committee and acted as the Programme Leader of the B.Sc. (Hons.) programme in Biomedical Engineering and Jockey Club Rehabilitation Engineering Clinic Coordinator at PolyU. He is a clinical prosthetist-orthotist as well as an engineer. He has been practising in the public and private sectors of the prosthetic and orthotic services for many years. His main research interests are scoliosis, spinal orthotics, prevention of fragility fractures, gait and posture analysis, CAD/CAM in prosthetics and orthotics, and prosthetics and orthotics outcome evaluation. Dr Wong is the Scientific Committee Chair and Executive Board Member of International Society for Prosthetics and Orthotics (ISPO), and Executive Board Member of International Research Society of Spinal Deformities (IRSSD). Dr Wong has >200 peer-review publications, >80 invited lectures and >15 research students. His vision is to promote evidence-based P&O practices via comprehensive didactic and clinical education, continuous professional development and concerted clinical research in order to improve the quality of life of the people with physical disabilities.

Mr. Choi KY (Part I Registered Optometrist) obtained his Bachelor of Science in Optometry degree in PolyU, then completed residency after working in the University Optometry Clinic, specialised in Visual Electrophysiology. He is also a PhD candidate, whose main research interest being on the effect of living environment on short-sightedness in children, published and presented in international journals and conferences.

Siu Wai cares about disadvantaged groups and devotes to community work. Through residents’ participation and developing social capitals are the ways to response the adverse situation of underprivileged group. After the outbreak of epidemic last year, she has explored how to response both physically and mentally needs of grassroots families through “social-medical collaboration” and aims to build a “Healthy Community”. “Together we sew” and “Vision for future- eye examination and eye care project for subdivided flats children” are the pilot projects of “social-medical collaboration”.

Panel Discussion: How could society leverage available community resources in benefitting the well-being of children and the SDU community? 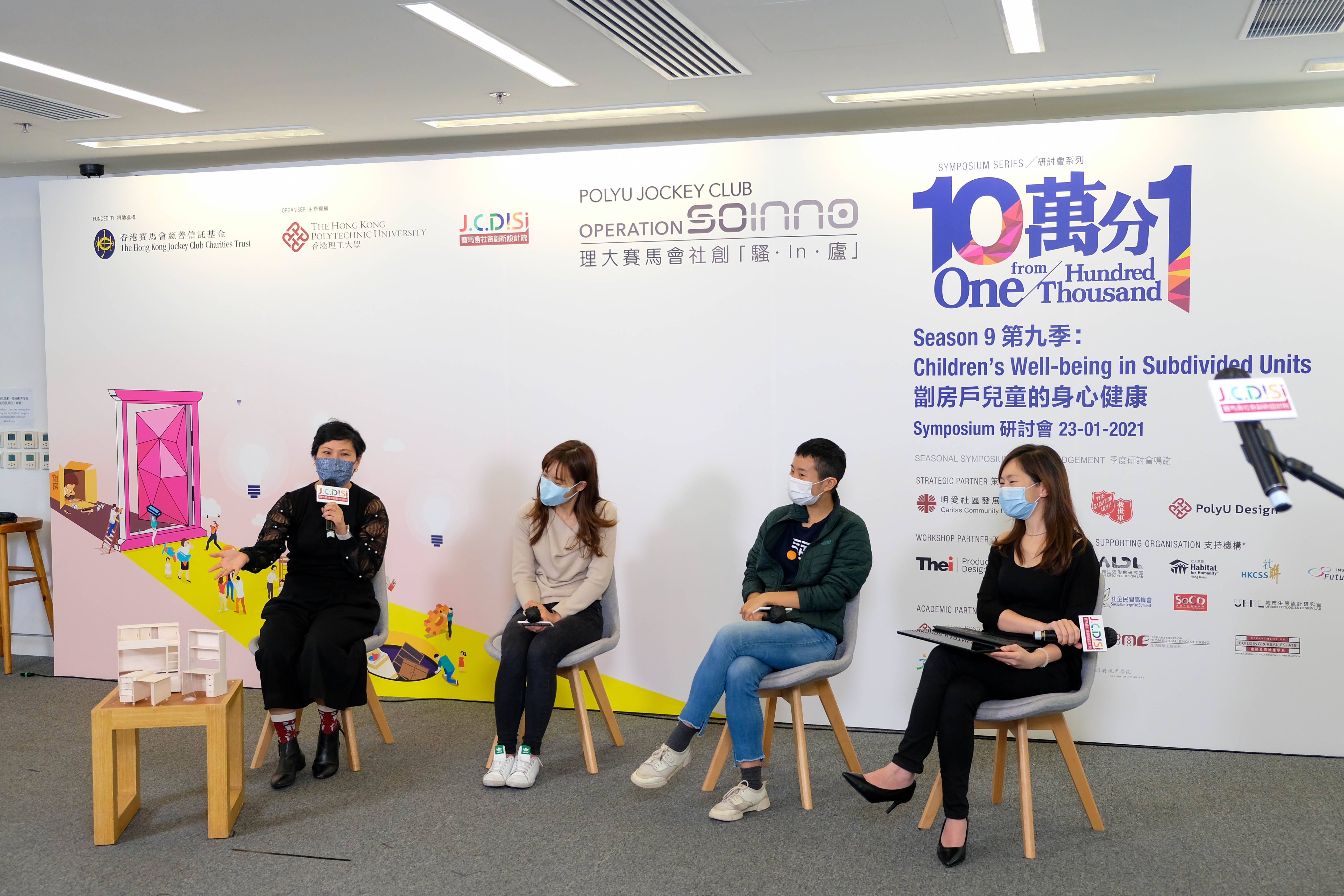 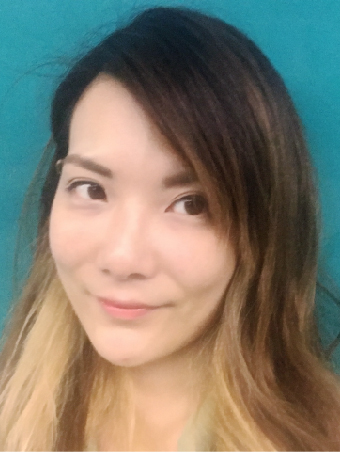 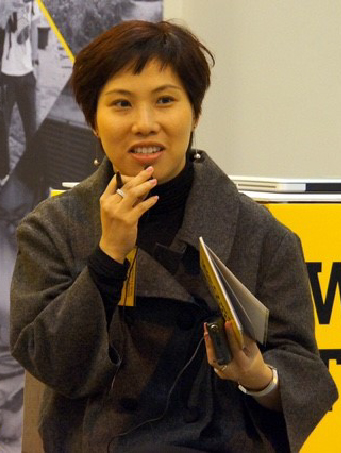 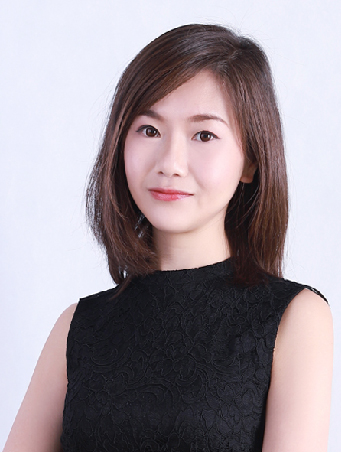 With a multi-dimensional background and experience in emerging technology, social innovation and community arts in New York City, Hong Kong, Berlin & Abu Dhabi, she leads with new perspectives of how businesses can integrate creative and alternative solutions to solve today’s social issues. She has worked with the UNICEF Office of Innovation, New York University and founded other ventures prior to Dream Impact.

Chui Pui Yan, Jennie, Community Organizer of The Society of Community Organization of Hong Kong, provides community social services to support the grassroots living in Cage home and Old Private Housing. She advocates for right to adequate housing and its development works. She is the Project Social Worker of Transitional Social Housing projects of SoCO, believes transitional social housing can be a form of social infrastructure and social resources to provide a new mean to engage and serve different communities.

Dr Tris Kee is a registered architect. She is an Associate Professor and Program Leader at THEi’s Faculty of Design and Environment. Tris has been involved in over 40 Social Innovation projects, ranging from Elderly housing research, Product Design for Dementia Elderly and Furniture for Sub-divided units children.

Karen is a Chartered Town Planner and Project Manager Professional specialising in urban integration and city management strategies. She has 12 years of experience leading strategic infrastructure projects and placemaking schemes, including the new Elizabeth Line and London Underground Upgrade project in the UK and the Walk DVRC initiative in Hong Kong. Since joining JCDISI in 2018, Karen has focused on encouraging cross-sector, multi-disciplinary collaboration and application of PolyU’s applied research in tackling the “double ageing” challenge in Hong Kong. She co-authored the “Tackling Double Ageing with Double Smart” paper with our Director, and is JCDISI’s Project Lead and Subject Matter Expert in Transitional Social Housing, Intergenerational Play Space and Community Planning and Age friendly City development.

COVID has prevented our co-creation teams from visiting SDUs for our empathy mapping process. Using SDU simulation room and 3D models as tools to help our participants understand the frustration of tenant’s daily living in SDU, the teams were able to put themselves in the tenants’ shoes to address the most critical pain points of the tenants as raised by social workers, which includes:

The sharings from Department of Rehabilitation Sciences, School of Design, School of Nursing and School of Optometry at PolyU highlighted how the living environment could adversely affect the health and development of children. The forms a solid basis for the co-creation teams to come up with appropriate hardware and software solutions to improve their living standard.

* in alphabetical order according to organisation’s full name 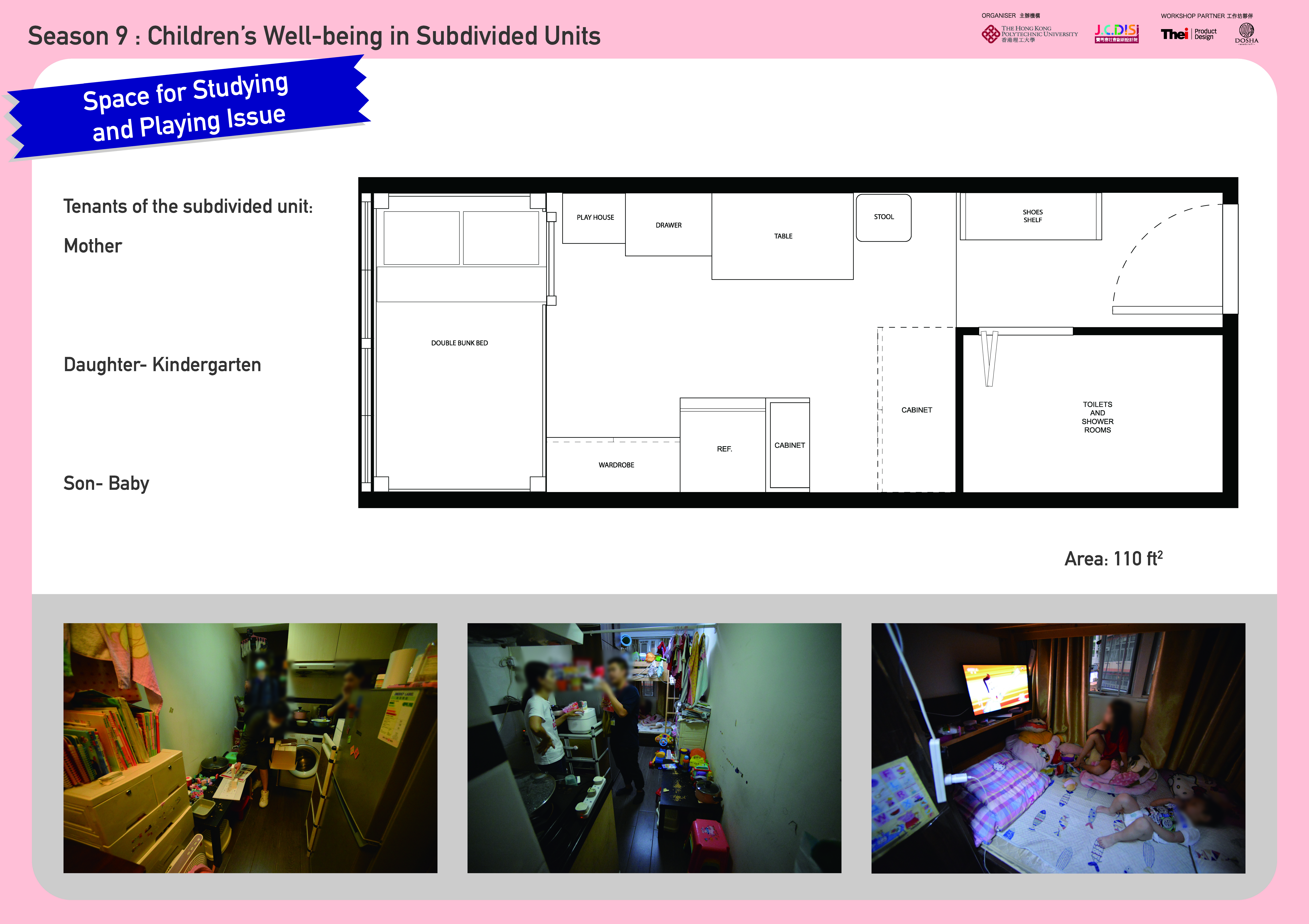 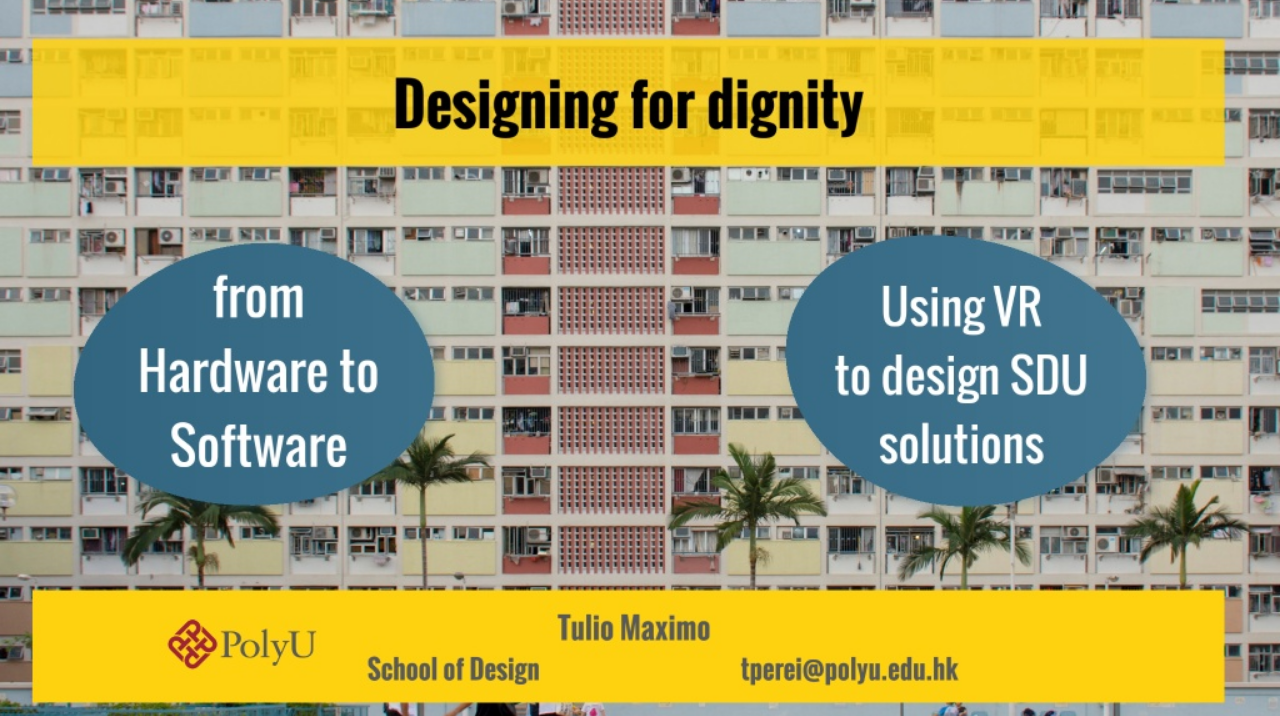 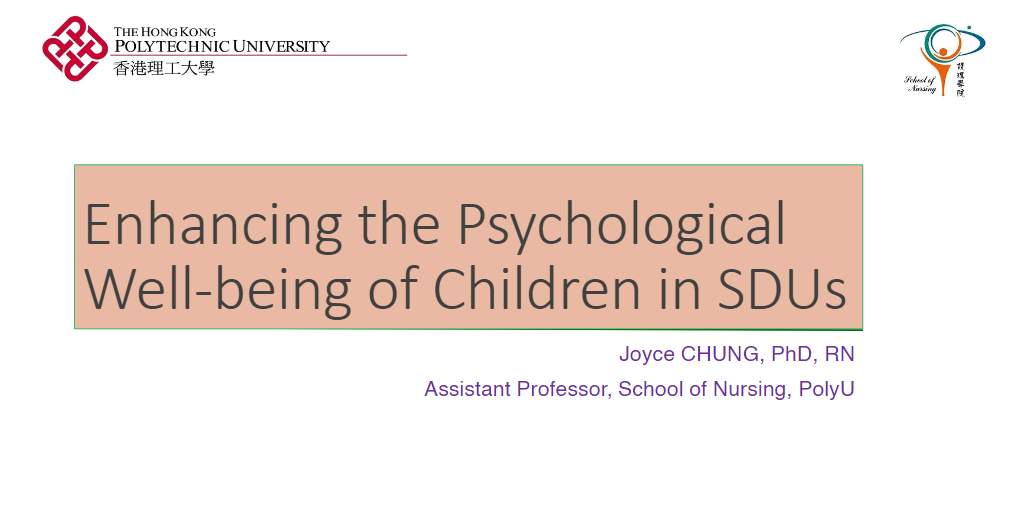 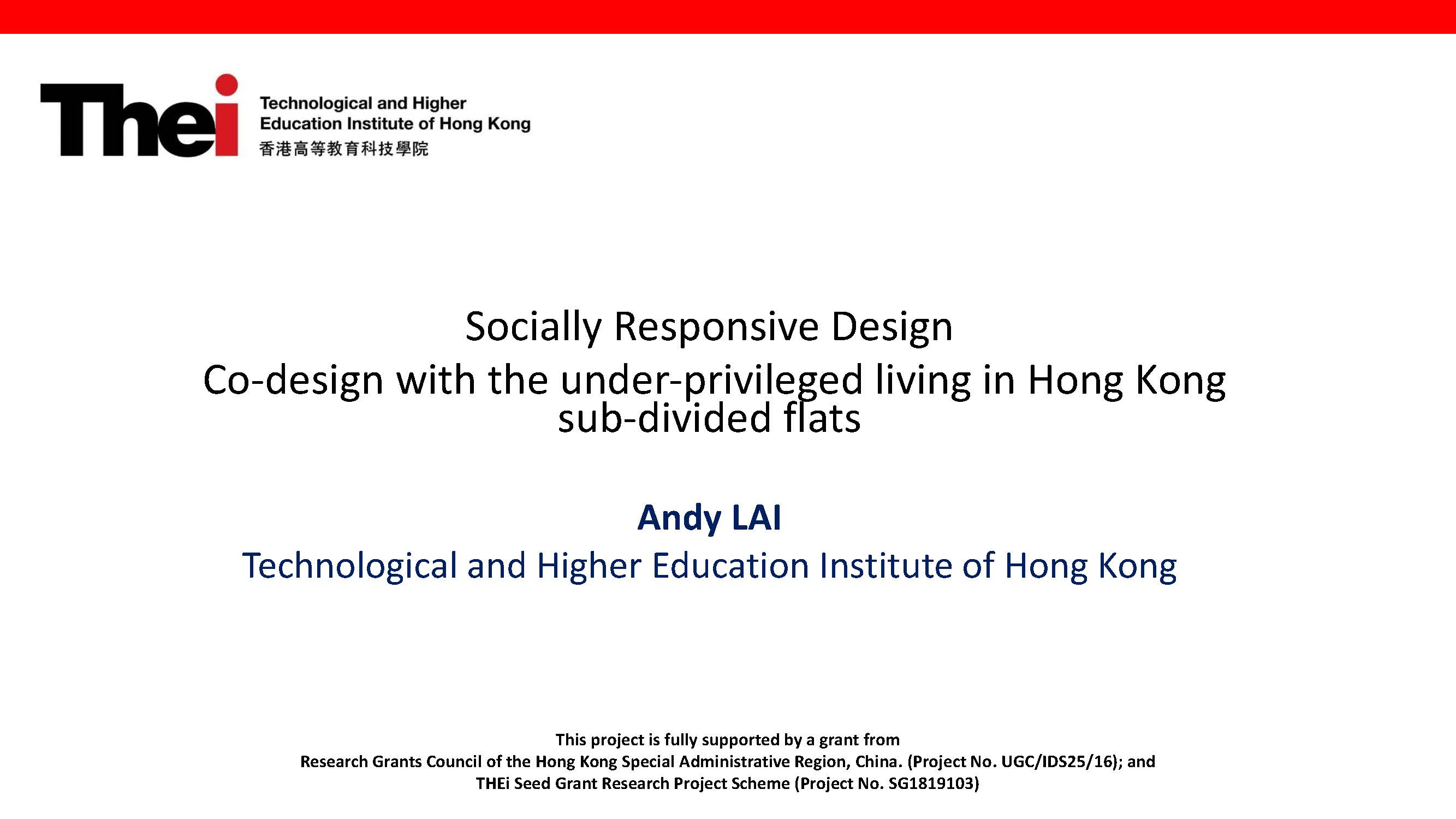